Late delivery and a high inventory rate define Indian real estate. According to data, 25% of properties in India are behind schedule, with an inventory of more than 14-15 months. Developers’ carelessness creates a spiral in which high prices chase low demand, leading to an industrial crisis and creating the road for illegal, corrupt, and dishonest acts in the real estate market. With almost 76,000 businesses, the real estate industry should have already had a regulating agency and a solid legal aid system in place. Although the Telecom Regulatory Authority of India (TRAI) controls the telecom sector in India, which is ruled by a few major telecom players, there was no such protector for the real estate sector until the government introduced the Real Estate (Regulation and Development) Act (RERA) on November 1, 2016. The sector has great expectations now that RERA is in effect.

Here’s what RERA has planned.

These are only a few of the many advantages that the Act gives. The act’s key benefits to buyers include after-sales services from the promoter, a separate bank account for each project, a defined carpet area, proper project specifications, and timely delivery of flats.

Yet, the Act has certain flaws, such as the fact that it is not retrospective and that there is no necessary regulation for premises with less than 1000 square meters. Because a project cannot begin until all permissions have been obtained, which takes time, the projects may be delivered late, which is opposite to the Act’s goal.

MeraLegal will assist you in obtaining all appropriate licenses and registrations of real estate projects and agents; please click on the following link to contact one of our consultants.

2.  This is how RERA will clean Indian Real Estate

3.  RERA In Maharashtra To Put A Full Stop Over Real Estate Developers Arbitrary

All You Need to Know about RERA 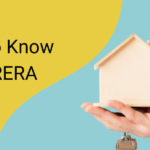