The MahaRERA, Maharashtra RERA Authority, has been the most active RERA Authorities among all. MahaRERA complies with all of the Real Estate (Regulation and Development) Act‘s rules and regulations and meets all of the requirements. meeting of the authority.

MahaRERA has also been given responsibility for administrating the operation of Dadra and Nagar Haveli, as well as Daman and Diu, due to the authority’s outstanding performance. The necessary information for certain territories is also available on the authority’s website.

According to RERA, the fee structure for promoters in the state of Maharashtra is as follows:
The promoter shall pay a registration fee :
Calculated at a rate of Rs. 10 per sq.m. on the amount of land to be developed, subject to a minimum of Rs.50,000 and a maximum of Rs.10 lacs.

Unlike other states, the authority did not extend the deadline for project registrations, which was set for July 31, 2017. Executives from the state Authority had already stated that the deadline would not be changed and that defaulters would be penalized. However, a large number of promoters still failed to register as per the deadline and resulting in fines ranging from Rs 50,000 to Rs 10 lacs.

The projects that registered with the authority within two days of the deadline were charged Rs 50,000, and the Authority agreed in a separate meeting that the additional penalty would range from Rs 1 lac to Rs 10 lacs, depending on the size of the project. This penalty will apply to any projects registered between August 3 and August 16, 2017.

The total number of projects registered with MahaRERA before the deadline was 10,500. (approximately). Within four days of the deadline, over a thousand proposals had been registered.

MahaRERA recently issued a warning toward promoters who fail to register by August 31, 2017, the deadline established by the Authority. The Authority will investigate any continuing project that applies to registration there onwards, looking for specific reasons for the delay.

However, for individual agents, there must be no set deadline and the fee for the same is Rs 10,590. The license for agents will remain viable for five years. 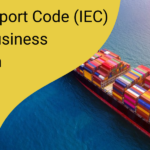 What is LLP Registration 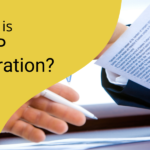