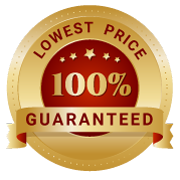 When you're dining out with your family and friends, it's always nice to let your customers listen to some decent music. You make various preparations to entertain your customers, such as playing classic music or inviting a well-known rock band to perform at your establishment. You cannot, however, form these arrangements without first obtaining government approval.

If you own a restaurant or other food company and play music of any kind inside the premises, you must obtain a Music License.

What is a Music License?

According to the Copyright Act, "musical work" denotes "a work consisting of music, including any graphical notation of such work, but excluding any words or actions intended to be sung, spoken, or performed with the music." As a result, a Music License is a license that is required for licensing, authenticating, and safeguarding such musical work. When you play or perform musical material in a public place or for a business, you must have a music license.

Why do you need a Music License for playing music in a Restaurant?

The music licence is issued to protect the rights of composers, songwriters, and publishers.

A music licence in India can be obtained in a number of different categories.

Such categories given under the IPRS are as follows:

Artists are granted the following sorts of music licenses for their compositions :

In India, the music license is issued by the Indian Performing Rights Society or a certified Copyright Society. Whether a restaurant, bar, or café plays pre-recorded music or hosts live performances determine the type of music license required.

When you host live performances by singers, live bands, or concerts at your business, you must obtain a license from the Indian Performing Rights Society (IPRS).

Pre-requirements of obtaining a Music License

Before applying for a Music License for your restaurant, you should also pay attention to these details

Furthermore, if your business hosts live performances, you must apply for a music license from the IPRS. The license fee is usually Rs.1.50 per square foot. Additionally, the minimum royalty under their tariff is Rs.50, 000, etc. you need to check the tariff scheme based on the type of activity carried out at your business.

Registration Procedure to get Music License in India

A Music License is required for any restaurant that plays pre-recorded music or hosts live performances of any kind. Furthermore, under Sections 63 and 63 A of the Copyright Act[2], any entity or business that does not register with the appropriate Copyright Society or engages in any activity defined in Section 51 is subject to penalties.

Benefits of getting a Music License.

There are many benefits of getting a Music license in India. These advantages or benefits are as follows

01. What is Public Performance?

The term "public performance" refers to any premises/establishments that play music (sound recordings) for the benefit of the general public (multiple individuals) rather than for personal consumption. This can include, but is not limited to, hotels, discotheques, clubs, lounges, pubs, shops, stores, malls, salons, hospitals, offices, amusement parks, buses, taxis, airplanes, or any other mode of transportation that regularly uses sound recordings. Public Performance also includes playing recorded music at events, shows, parties, and social functions, with or without DJs.

02. What are the various types of Music licenses?

The following individuals are eligible to register:

03. What are the benefits of Music License?
04. What is the penalty for an individual who breaches the copyright?

05. Who can obtain Music License?

To avoid any penalties, any business that wants to play pre-recorded music on their premises should obtain a music licence. A business unit can be a hotel, restaurant, pub, event, mall, cinema, sporting event, product launch, aircraft, or any other location where music is played.

06. What are the documents required to get Music License?
07. What is Theatrical License?

Theatrical licences, which are a very specific type of written permission, are very common in the theatre industry. When a copyrighted work is performed on stage in front of an audience, the licence is required.